"An inspiring, dramatic, and very timely eco-doc."
-John DeFore, The Hollywood Reporter
"A nail-biter of a showdown between man and machine."
-Adam Donaldson, We Got This Covered
"Engaging… captivating and often poignant…intimate."
-Don Clinchy, Slackerwood
"Above All Else is a devastating, beautifully shot portrait of an intimate, deeply personal struggle embedded with broad implications, from indigenous peoples’ tribal autonomy to permanent climate change. It’s a movie everyone should see."
-Melanie Haupt, Austin Chronicle
John Fiege's Above All Else chronicles not the aftermath of the petrochemical disaster but one community's attempts to stop the next before it occurs. Benefiting from a sympathetic protagonist surrounded by colorful characters, the film outshines many eco-docs in its often dramatic account of their attempt to halt progress of the controversial Keystone Pipeline. Pending decisions from the Obama administration about that project's fate make the doc especially timely, which should benefit any near-future theatrical bookings."
-John DeFore, The Hollywood Reporter
"Deeply impressive… Above All Elsewas made by a director who clearly embraces the personal over the overtly political. By letting us get to know these humble Americans who are being steamrolled by corporate forces, Fiege has created a work that can speak to those on both sides of the divide, as opposed to merely preaching to the stubborn choir."
-Mike Tully, Hammer to Nail
"With gorgeous cinematography in the dense woods of the Lone Star State, Fiege stands by a small collective of demonstrators who refuse to stand down against billion-dollar bullies even when it seems all is lost in an unfair legal battle. It is unnerving to witness someone be told they could be arrested on their own property for trespassing if they impede construction for an undertaking they combat. It’s unjust and it’s not right no matter how you look at it."
-Jimmy Martin, Slug Magazine
"Emotionally driven… gorgeous cinematography."
-Jimmy Martin, Slug Magazine 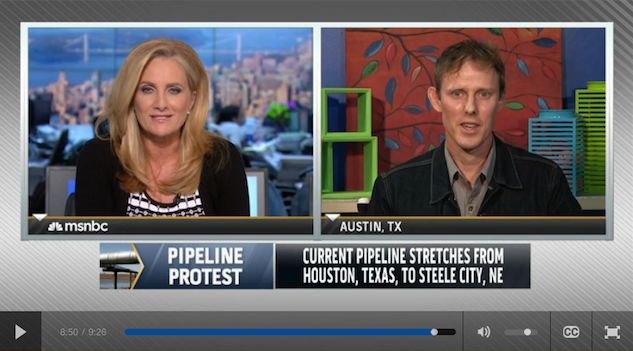 Review: Above All Else [SXSW], John DeFore, Hollywood Reporter

Review: Above All Else, Melanie Haupt, Austin Chronicle

Review: Above All Else [Hot Docs], Adam Donaldson, wegotthiscovered.com 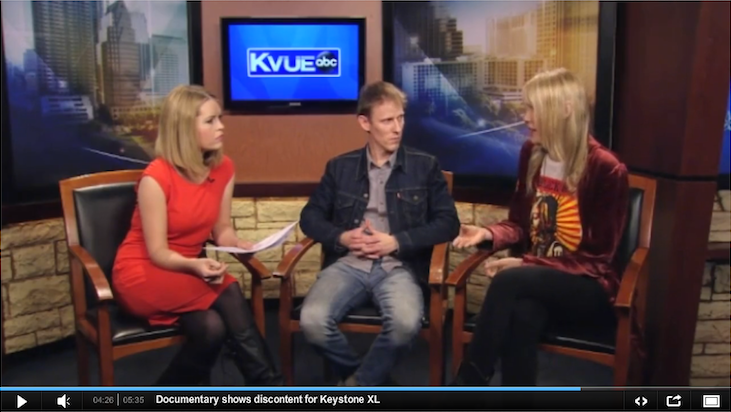 Video: News Hour- Above All Else, Global Television News

Above All Else: Pipeline Storytelling in Film, High Plains Reader

Above the Pipeline, FW Weekly (Fort Worth)

Review: Above All Else, Slug Magazine

Documentary Round Up, Real Screen

How the Keystone XL Became Too Big to Approve, Huffington Post, by John Fiege

Review: Above All Else, (audio) Robert Fontaine, CBC

ABOVE ALL ELSE reveals the hidden story of how the Keystone XL pipeline battle in East Texas built a community of resistance to the climate crisis in America.
Follow @johnfiege on Twitter